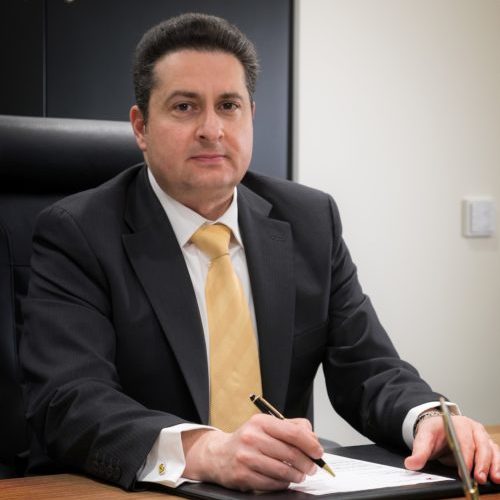 Harry Nardis started his career in the Financial Markets in the City of London. Upon his return to Greece, he joined Sanitas-Sanitas and through the introduction of innovative projects, he was instrumental in the transformation of the company in order to merge with a larger group of companies. In 1997, he started his career in the Pharmaceutical sector by joining Bristol Myers Squibb. Within the Finance area, he held various positions of increased responsibility within Europe Middle East and Africa.
In 2004, he joined Yamanouchi Pharmaceuticals as a Finance Director and VP of the Board of Directors in order to set up the Greek affiliate. In 2005 after the merger of Fujisawa Pharmaceuticals with Yamanouchi Pharmaceuticals, he was able to create the Astellas Pharmaceuticals subsidiary in Greece.
In 2013, he moved to Milan from where he was the responsible Finance Director for the cluster of Italy, Greece and Cyprus. Upon his return to Greece in January 2016, he took over the position of Chairman of BoD & Managing Director, of Astellas Pharmaceuticals with Greece, Cyprus and Malta under his responsibility.
Mr. Nardis has a bachelor degree in Business Administration from Athens School of Economics and Business. He is also holder of an M.B.A. from Edinburgh University Management School. He speaks English, French and Italian.
He is an elected Member of the BoD and Treasurer of the Hellenic Association of Pharmaceutical Companies, member of the Economic Chamber of Greece, member of the Hellenic Association of CFOs, member of the Association of CEOs, Member of the CEO club, and Member of the British Graduates Society.