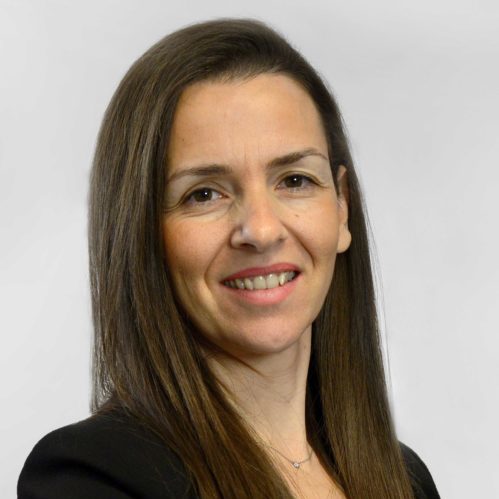 Elena Chouliara was born in Athens. She holds a degree in Law by the National and Kapodistrian University of Athens, as well as a Master in Business Administration (MBA) by ALBA Graduate School.

Elena has more than 18 years of experience in the pharmaceutical industry and is one of the few women, both in Greece and abroad, leading a pharmaceutical company.

She began her career in the pharmaceutical industry at Novo Nordisk where she held positions of increasing responsibility at regional and global level, whereas she also worked at the company’s headquarters in Copenhagen for 2 years. She joined AstraZeneca Greece Senior Leadership team in 2011, and she held senior commercial positions with responsibility in the therapy areas of Cardiology, Diabetes, Respiratory and Oncology. She was appointed President and Managing Director of AstraZeneca Greece & Cyprus in December 2016.

In 2017 she was elected Secretary of PhRMA Innovation Forum, supporting innovation, development and the access of Greek patients to effective medicines, creating value for both the Greek economy and the Greek society.